Motorway Driving: How to Drive on the Motorway 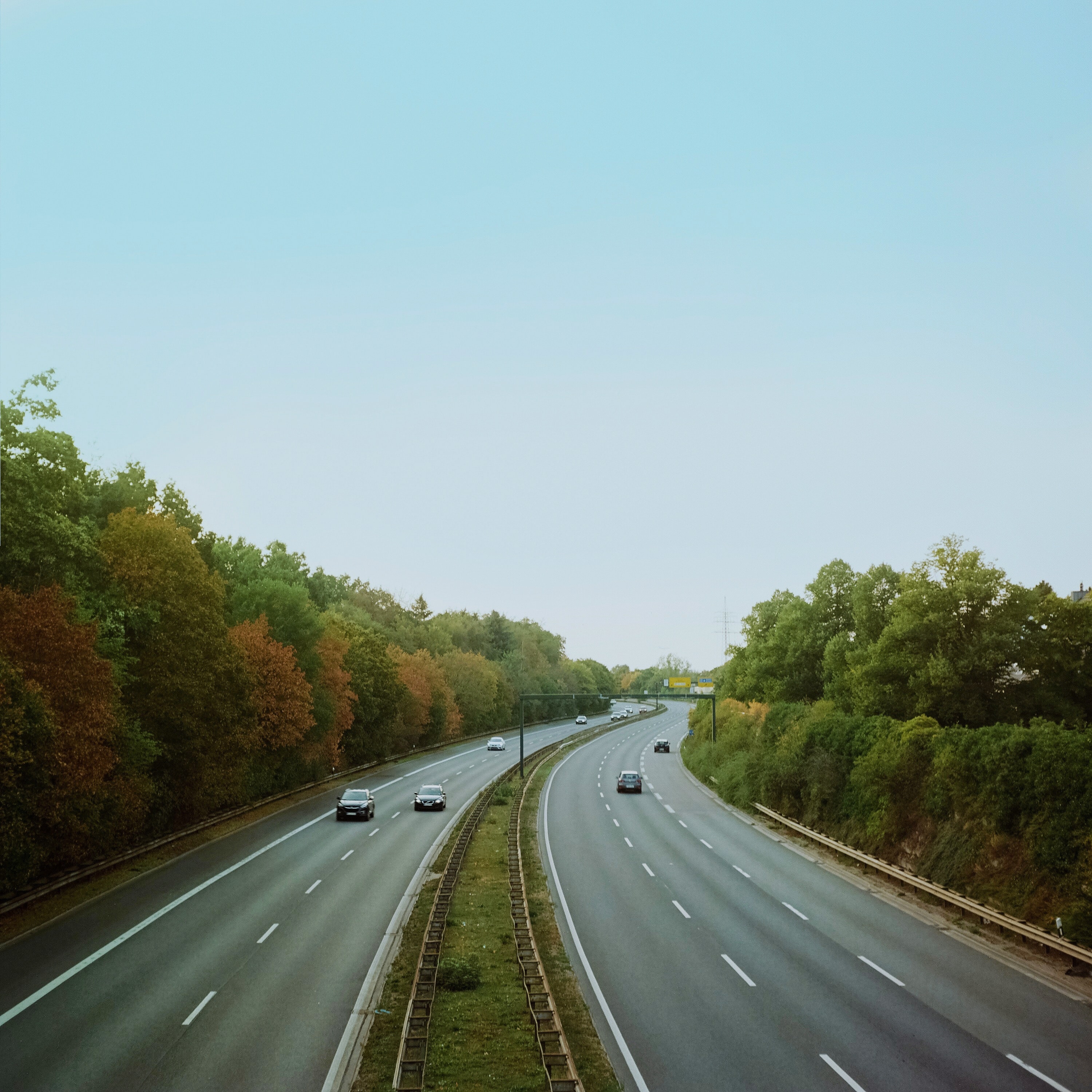 Photo by Sebastian on Unsplash

Millions of people in the UK drive on motorways every single day, whether it’s commuting, seeing friends, travelling for a staycation or simply getting from A to B.

But, you might be surprised to learn how many people are unsure of how to drive on the motorway, or feel nervous because of their reputation for being dangerous. According to the Department of Transport Reported Road Casualties Annual Report 2019, of the 1,752 road deaths in 2019, only 6% occurred on motorways, whereas most (57%) occurred on rural roads.

So, we’re here to set the record straight, answering your most-asked questions on all things motorway driving, from speed limits to the hard shoulder, learner drivers and overtaking etiquette. Keep reading to find out some of the most important motorway driving rules.

What is a motorway?

What is the speed limit on motorways?

What is the hard shoulder?

What to do if you break down on the motorway?

Which vehicle should use the left-hand lane on a three-lane motorway?

How should the right-hand lane of a three-lane motorway be used?

Can learner drivers drive on the motorway?

Can you drive on the motorway with a provisional licence?

What is a motorway?

A motorway is a major road that accelerates travel over long distances. For this reason, they are typically straight with gentle curves rather than corners, and they have a higher speed limit than residential roads.

Motorways have multiple lanes - often three but they can also have two - plus a hard shoulder. They have clearly marked junctions with slip-roads for joining and exiting. Mopeds, tractors, horses, cyclists, pedestrians, or any other slow-moving vehicles are not allowed to drive on these roads. They are designated by an ‘M’ before the road number, like M56.

What is the speed limit on motorways?

The UK speed limit on motorways for cars, motorcyclists and vans is 70mph or 112km/h; exceeding this is breaking the law and can result in serious penalties. You can read the full list of speed limits for different vehicles here.

However, if there is a temporary speed limit in place (perhaps for roadworks), you must adhere to that speed. The new limit will be clearly marked with signs.

What is the hard shoulder?

If you’ve ever wondered about the meaning of the hard shoulder and how to use it, you’re not alone - it can be a source of confusion for motorway drivers. The hard shoulder is a hard (unsurprisingly) emergency lane that runs along the motorway on the far left-hand side and is separated by a solid white line. It is 3.3metres wide and has a ridged surface which makes vehicles judders when they cross it to signal when drivers have strayed too far to the left.

It is illegal to drive on the hard shoulder. The only times you can use it are if it is an emergency, such as if you breakdown, or if you are directed to by traffic police or Highway Patrol, like in the event of a road accident. The other exception is on smart motorways, which can turn the hard shoulder into a running lane – more on these later.

What to do if you break down on the motorway

Motorway breakdowns can be scary, so it’s vital to know what to do to keep yourself and others safe. As we’ve mentioned above, if you have broken down on the motorway, you are allowed to use the hard shoulder. It provides a refuge from fast-moving traffic, but it is still dangerous, so should only be used in absolute emergencies.

- If you can’t, pull onto the hard shoulder and try to keep as far left as possible, away from fast-moving traffic

2. Turn on your hazard lights

- Make your vehicle as visible as possible

- If you have a high-vis jacket, put this on to

- Use your mobile phone to call your breakdown provider or walk to one of the free emergency phones on the side of the motorway, staying behind the barrier and well away from traffic

Middle-lane hogging is when drivers sit in the middle lane for longer than they need to. The Highway Code states that drivers should remain in the left-hand lane when the road is clear, and return to this lane after they have overtaken another vehicle and it is safe to do so.

The middle lane is for overtaking slower vehicles, so by ‘hogging’ it all other drivers are forced into the right-hand lane which can cause congestion as there is only one lane available for overtaking, instead of two.

Which vehicle should use the left-hand lane on a three-lane motorway?

All vehicles should use the left-hand lane unless they are overtaking slower traffic.

There is a common misconception that motorway lanes have a fast lane and a slow lane - this is not the case. Instead, lane one on the far left is a normal driving lane, and lane two in the middle and lane three on the far right are both overtaking lanes. Remember that all lanes have the same speed limit of 70mph (unless stated otherwise).

How should the right-hand lane of a three-lane motorway be used?

As mentioned above, the right-hand lane is an overtaking lane. So, it should only be used when overtaking other vehicles. Then, once you have passed with a safe distance, you should return to the left-hand lane.

Can learner drivers drive on the motorway?

Until 2018, learner drivers were not allowed on the motorway in the UK. However, new legislation now permits learner drivers to venture onto motorways with a driving instructor in a dual-control car. But, this is purely optional and motorway driving is still not part of the UK driving test.

Can you drive on the motorway with a provisional licence?

No. You cannot drive on the motorway with a provisional licence unless you are with an instructor in a dual-controlled car.

- Keep your distance from the vehicle in front of you, don’t tailgate

- When joining the motorway, give way to vehicles already on the motorway and only move over when it is safe to do so

- Never overtake on the left or undertake another vehicle, use the outer two lanes

We hope you’re feeling more clued up about how to drive on the motorway and, most importantly, how to stay safe whilst you’re doing it. If you’re driving on the motorway for the first time, take a look at the motorway driving section of The Highway Code for more information.

Make sure your vehicle is motorway-ready by booking an MOT test or car service at one of our professional garages around the UK. Find your nearest Eurorepar centre, here.